Why Responsive Design Should Include Desktop

We live in the age of the smartphone; it dominates the way consumers surf the internet and relate to each other, and it has drastically altered how consumers connect with and perceive the organizations they buy from and support. Because of this, the attention and efforts of marketers has largely shifted from desktop sites to mobile.

However, what this has produced is a marketing culture that oftentimes forgets the value of desktop sites. While the UX of mobile is carefully crafted, the desktop site is all but forgotten. Those who fail to produce a positive desktop site experience also fail to reach every possible customer, and thus conversion.

Responsive design is design that adjusts to the device being used in such a way that user experience doesn’t take a hit either in the way the elements are displayed or the user’s ability to shift from mobile to desktop to tablet. It’s a smart approach to ensuring that the desktop site gets the attention it deserves.

We’ve noted before, “A responsive web design is the first and most important part that makes up a mobile friendly web design. Due to the different amount of devices in use, a developer cannot possibly design a website in different layouts for all these devices. So a solution for this is to go with a responsive website layout. A responsive layout is a web design that will auto scale itself for every screen size presented.”

Thus, those consumers who would have been left behind by a failure to optimize the desktop site are no longer left behind and conversion rates do not suffer.

Why the Desktop Site Is Neglected

The first published website is now nearly 30 years old. In the internet’s beginning, the early 1990s, websites were essentially single columns of text. Rapidly though, that changed. By the mid-1990s, images, graphics, and colors were implemented, and from there the internet we know today evolved.

Because of the basic history and connectedness of the internet, the computer, and the consumer, internet marketing was something that naturally focused on the experience that people had on their desktop computers.

The smartphone’s impact makes it clear why advertisers and marketers have allowed it to take all of their attention. Researchers at the Nielson group reported in 2016 that smartphones are the most-used platform across all adult demographics, with most using them every single day.

Because consumers spend most of their time on their smartphones, that is what marketers have increasingly focused on. And certainly, there is significant value in giving a mobile site the right amount of attention.

Why the Desktop Site Shouldn’t Be Forgotten

In many ways a desktop site which is not optimized for UX represents a site editor that has failed to utilize every possible tool to secure conversions. While smartphones have changed things, they have yet to render computers and by extension desktop sites as an obsolete entity. Instead, the reality remains that computers are a staple of the developed world.

Researchers for the Pew Research Institute, Lee Rainie and D’Vera Cohn report, “Despite the rising popularity of smartphones and other mobile devices to access the internet, relatively few people rely exclusively on these devices for access to the internet—less than 6 million households, or about 5%.”

The reality is that for a good many sites, the bulk of their traffic is still generated on their desktop site and not their mobile site. Thus their failure to focus on the desktop is also a failure to tap into a large portion of their customer base.

Even if the majority of a particular site’s traffic doesn’t occur on the desktop site, we all have to ask: How much is too much to lose? Are we willing to miss out on 50 percent of potential conversions? Thirty percent? Ten percent? Even a small percentage of conversions can make a difference in the long-term well-being of an organization.

Again, responsive design involves a concept that means the elements on a website shift to fit whatever size the device is. It shifts from phone to tablet to computer seamlessly. Whereas something like adaptive design involves preconstructed layouts for certain dimensions; the site detects the size of the device and picks the closest designed layout to fit the dimensions.

The American Graphics Institute notes, “Responsive Web Design, sometimes simply called RWD, displays a website using the same source HTML code across all devices. Whether a site is accessed on a smartphone, tablet, or desktop, responsive web design uses on set of HTML and CSS code, and directs the device to adapt the content based upon its capabilities and display size.”

RWD delivers the best UX. It accomplishes this because there are no screen dimensions that responsive design does not account for.

RWD grants ease to marketers and web developers. This is possible because it doesn’t require site editors to make decisions regarding how the web site’s design will change for different screen dimensions. Instead, they can employ the best design for each device. As freelance expert Loni Klara writes, “The more efficient you are, the more money you can earn. It’s the fastest way to better rates and bigger projects.”

So, utilizing responsive design allows for those designing and editing the site to do so in a way that doesn’t allow the desktop site to be lost in the shuffle. A mobile-centric marketing and developer strategy certainly has its place. There’s no doubt that the future of digital design will continue to see more emphasis on mobile formats.

However, marketers who only invest in mobile are ignoring a meaningful opportunity to connect on a platform that many would-be customers still utilize to make buying comparisons and decisions. At this point in the internet’s story, it’s vital for an organization’s success that all platforms are considered and optimized. 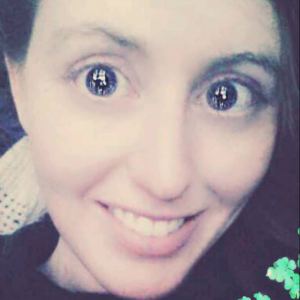